CUVI library comes with all the image processing essentials that can be used to build countless applications. For example the Computer Vision module of CUVI can be used for motion and intrusion detection in a live video stream and tracking an object of interest throughout series of cameras installed in a premises. The processing pipeline for motion detection goes as follows:

The CUVI functions used in this example are goodFeaturesToTrack() and trackFeatures(). For simplicity we have removed the I/O part on host side from the code

CUVI demosaic, especially DFPD version is one of the most used and sought after feature of library. The sheer speed of debayering with CUVI linear debayer approach and the perfection in the resultant image in DFPD approach makes it the most demanded function of the library by camera manufacturers and video houses alike. In this example, we'll demonstrate how easy to use CUVI's own demosacing with just few lines of code. 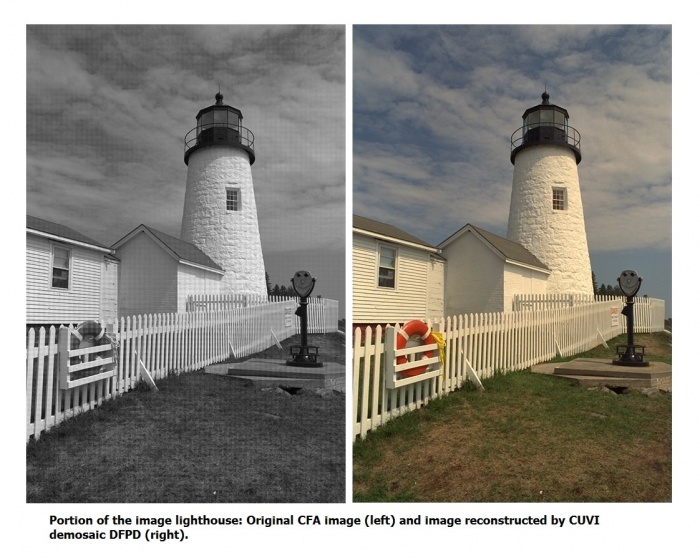